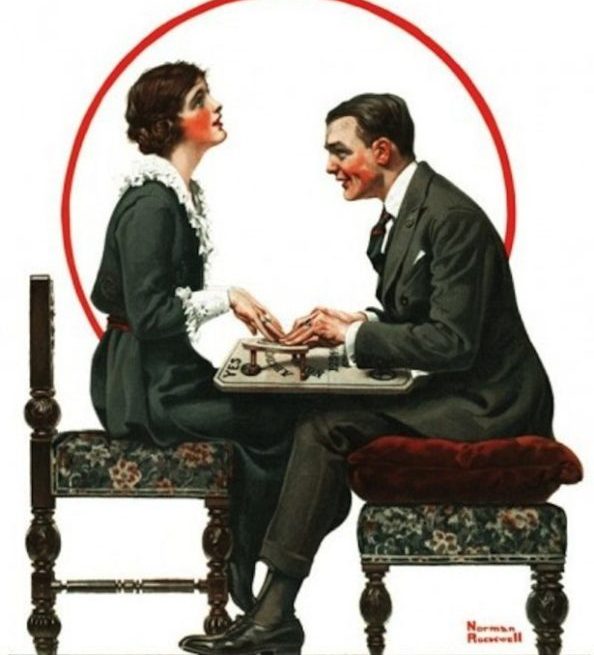 The current paranormal popularity of protective crystals or astrology is nothing new – 90 years ago, America was absolutely obsessed with the supernatural during the Jazz Age. Cults became popular throughout California and around the country, and certain occult practices, like speaking to the dead, became pop culture.

In The Speakeasy, one character in particular is a major advocate for mysticism, and there’s definitely been a séance or two in this particular gin joint. Eloise, the boss’ wife in The Speakeasy, fancies herself a medium. When the show reopens in 2019, one of the many changes to the production will be that audience members can be brought into the office to communicate with the dead. You’ll have to come back to find out!

Parallel to today, the 20s were a frantic, unsure time. This Halloween is a great time to dust off some of these spooky 1920s mystic traditions and bring them into the new millennium.

The Classic Ouija Board

Humanity’s desire to connect with our dead ancestors has been around since the beginning of civilization, but “spiritualism” – making a connection with the deceased – soared in popularity in the 1920s. Historians say this is likely because of the widespread trauma and death from World War I. The Ouija board, first introduced in the 1890s, became a huge hit in the ‘20s. They were also a favorite date night activity for young couples – one Saturday Evening Post edition from 1920 featured a Norman Rockwell of two young lovers enjoying communing with the dead via Ouija. One of the easiest ways to add a touch of 1920s mysticism to any gathering is to buy an Ouija board and start speaking to whatever spirits are around the party.

Another spiritualistic practice that became vogue in the 1920s was hosting séances, where a medium would be invited over to speak to the dead. Some of these were less than authentic – there are plenty of stories of mediums shaking a table while the guests are blindfolded, or making an object “levitate” with a hidden string. Arthur Conan Doyle, the creator of Sherlock Holmes, was a huge proponent of séances and pushed to make them a pop culture smash during the Jazz Age. Famed magician Harry Houdini, however, had a whole second career dedicated to debunking any medium he came across. Regardless if you lean more toward Doyle or Houdini, hosting a séance of your own will definitely add an element of 1920s supernatural to a Halloween party.

Astral projection, the ability to cleave your soul from your body to go exploring around the world, is a concept examined by many world religions, from Buddhism to early sects of Christianity. With the advances in camera technologies in the early 20th Century, spiritualists in the 1920s attempted to take soul selfies during bouts of astral projection. During one experiment ripe for recreation, researchers took photos of an empty room while a person nearby attempted to project their soul into it – if successful, the investigators expected to take photos of “a shadowy, gossamer-like body, an exact duplicate of the human form,” according to media reports at the time. The researchers were not convinced with their results, but there’s no reason not to try the test again using your iPhone.

In 1922, archeologist Howard Carter discovered the tomb of the pharaoh Tutankhamen. While “King Tut,” who became pharaoh when he was nine and likely died when he was a teenager, was a relatively minor blip in Ancient Egyptian history, the discovery of the tomb set off a cultural obsession in the ‘20s. At bars around (or speakeasies in the U.S.), bars renamed drinks after King Tut. The heavy use of eye makeup by women in the 1920s and the long necklines of flapper dresses were all inspired by Ancient Egyptian art. The Tut craze, in turn, inspired the classic Universal Studios film The Mummy, released in 1932. Mummies have been with us at every Halloween since, but this year add some Tutmania touches to a flapper costume, like Egyptian-inspired jewelry.

Get Spooky at the Speakeasy

The Speakeasy produced a sold-out Halloween event last year complete with séances, tarot readings and mentalism. Coming up, Kevin Blake, who has performed on The Speakeasy stage many times in the past, will be premiering his Magic Man Show in January. Also starting next year, the show will be even more imbued with the spiritualism culture that was so popular in the 1920s – it is an ideal place to dabble in mysticism, all with a drink in hand! 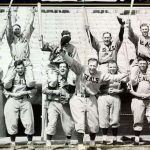 In the Shadow of Giants: The San Francisco Seals 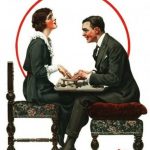 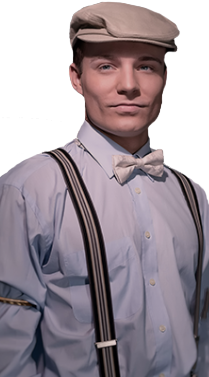 Wanna receive the inside scoop?

Just subscribe below and we will send you an electronic telegram.

Just remember to keep it under your hat!